The project Anecdota is born from my everyday life experience of Weimar and is the result of ongoing questionings. What historical facts does Weimar choose to show and talk about or not? The touristical scene is mainly ruled by major historical figures like Goethe or Schiller.

Weimar is probably one of the most paradoxal cities in the world when it comes to its history. The biggest changes have occured inside its walls, changes that have influenced the life of so many people. Seeing the city‘s overview that as a tourist we can quickly access to, I found the information far away from the human beings that have experienced directly the history of Weimar.

The city‘s policy towards history seemed quite unclear when the city decided to transform the Gauforum­–first complexe of the remodelling Nazi plan of Weimar made by Hitler–into a mall. Tourism is an economical system but it is also part of our education and this should be somehow balanced. 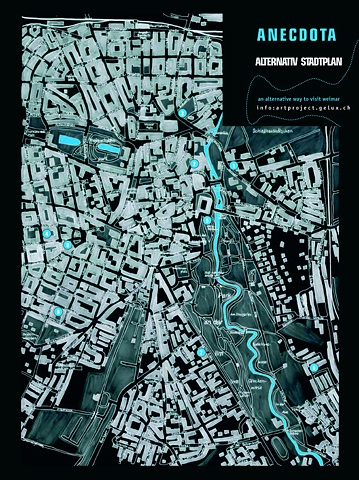