After the bombing on 9th of February 1945, most of the houses in Windischenstraße and Marktstraße were left in ruins. After that, many prisoners from Buchenwald were brought to Weimar. A small train was set up to transport the debris near the Reithaus. Before this cleaning work, the park was almost at the same level as the Ilm river, but today, there is a small hill, covered by grass. 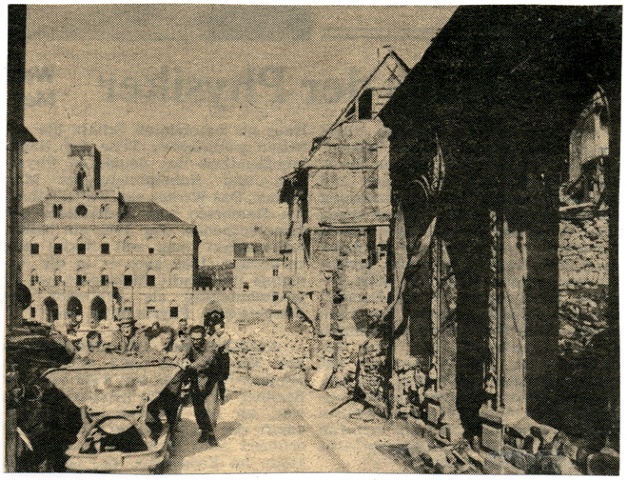